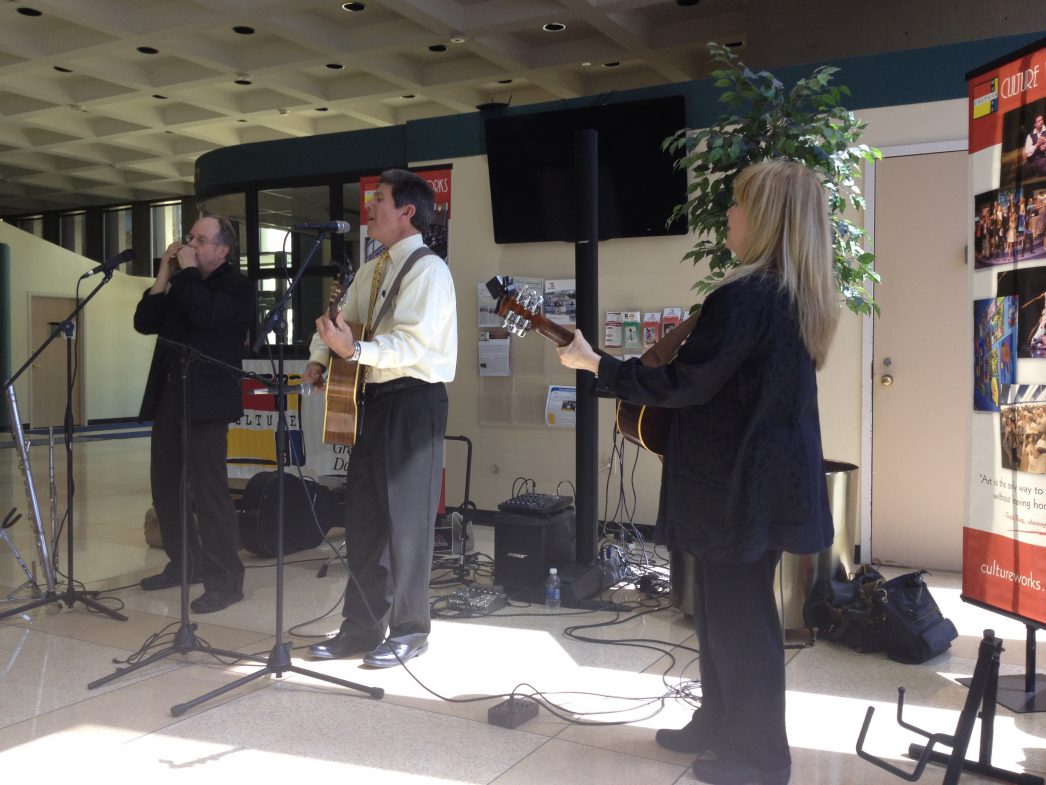 April is the start of a busy Workplace Campaign season and several organizations have already kicked off their campaigns.  Fidelity Healthcare, the Boonshoft Museum of Discovery, Kroger Stores, KeyBank, and Sinclair Community College are all in the midst of their giving campaigns.  We appreciate our hardworking Workplace Coordinators and their teams:

Montgomery County is also running their Campaign throughout April, and they are determined to have a fantastic campaign.  Last year, their employee giving grew by an amazing 60% from the year prior – and they hope to increase giving yet again for 2014.

Their kickoff week was a whirlwind of arts and culture related activities at nearly every County location!  In what has become a Culture Works tradition, Michael and Sandy Bashaw of Puzzle of Light performed some blues with County Administrator Joe Tuss at the Administration Building downtown.  In addition, guitarist Jim McCutcheon played classical guitar in the lobby of the Courts Building, the Dayton Contemporary Dance Company performed and did a very engaging Q&A with the audience at the Job Center, ballet photography of the Gem City Ballet was on display at the Reibold Building, Danny Voris and Chris Reynolds played a medley of 90s era music at Environmental Services, and at the Stillwater Center, the Stillwater Choir sang for the residents and their caregivers.  At the Haines Center/Children’s Services, an arts-related podcast is being recorded every Wednesday of the month as their Lunch with the Arts Series.  Guitarist Danny Voris was the first artist interviewed, followed by the Human Race Theatre’s Producing Artistic Director, Kevin Moore.  The County Administration and Commissioners have given great support to the campaign this year with the goal  of engaging county employees in the arts and culture of our region.