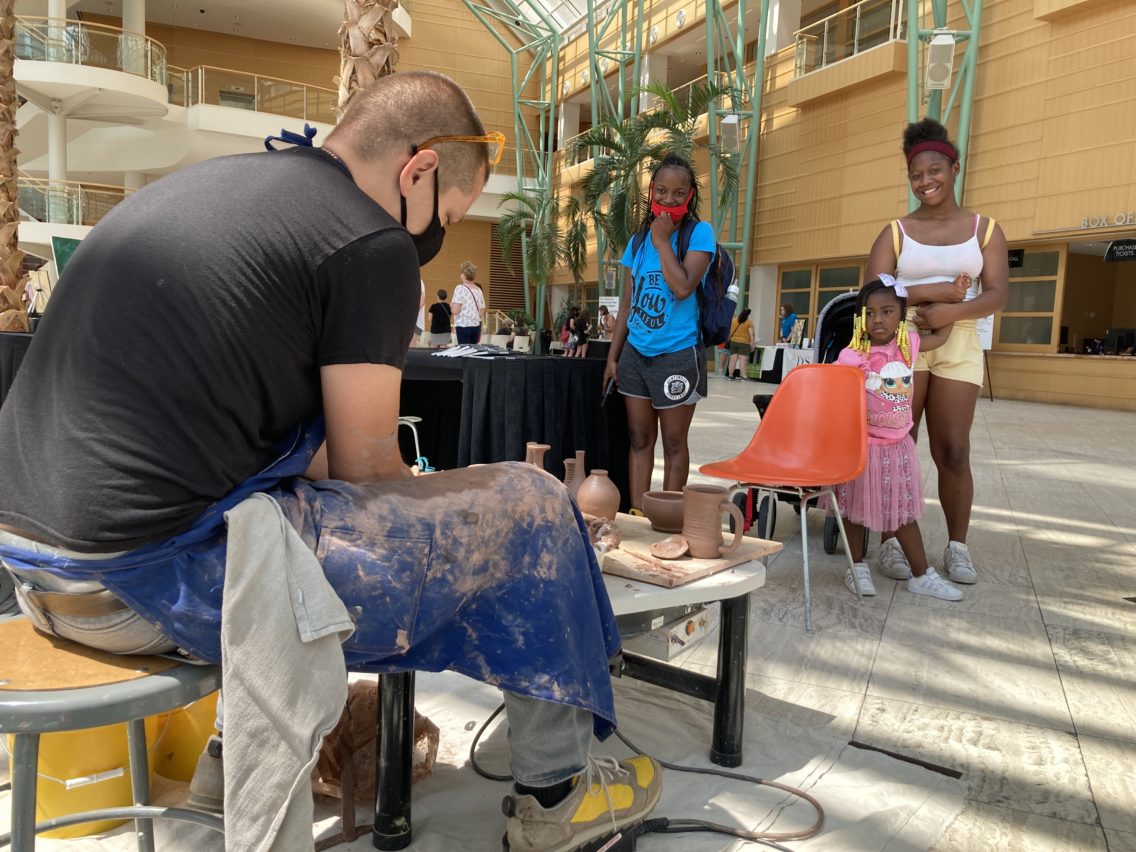 Congratulations to the 2021 Special Projects Grantees 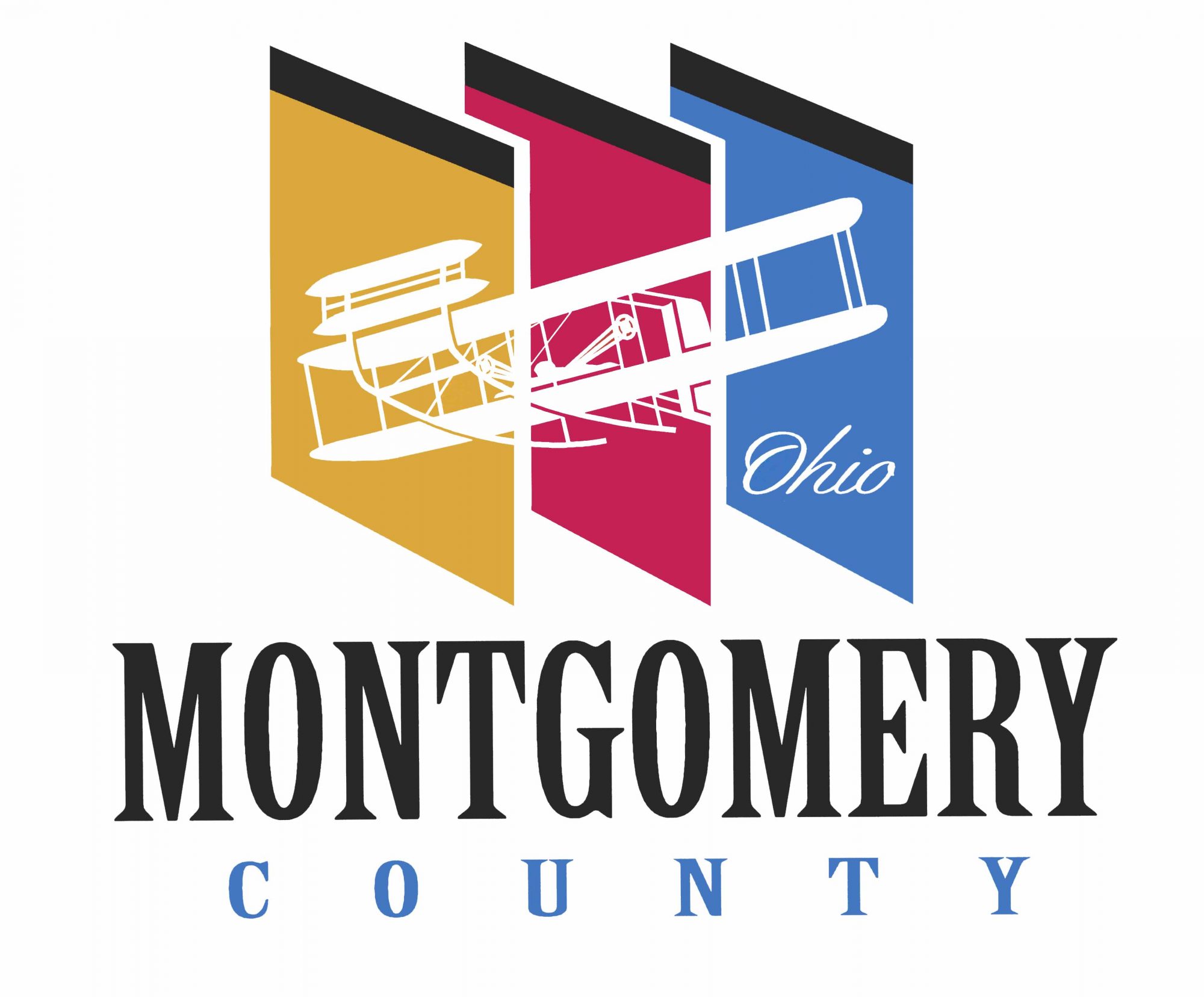 Now in its second year, the Special Projects Grant program provides funding for nonprofits, schools, colleges, municipalities, and government agencies to create arts and cultural activities that engage the Montgomery County community. The program is funded by the MCACD and administered by Culture Works, the Dayton Region’s united arts fund and arts agency.

Based on the recommendations of the 2021 grant panel, 22 Montgomery County organizations will receive grants totaling $169,459 to complete arts and cultural projects taking place through July 2022.

The African American Visual Artists Guild (AAVAG), in collaboration with the Dayton Art Institute (DAI), will present this nationally recognized, juried art exhibition to provide people of the Greater Miami Valley and beyond with an opportunity to experience the diversity, beauty, and power of art produced across the country by artists of African descent.

Bach Society of Dayton will join the community in celebrating the 150th anniversary of the birth of Dayton’s own poet Paul Laurence Dunbar by commissioning three new choral works set to Dunbar’s poetry, which will premiere at their spring concert.

Vandalia will create the city’s very first mural on a prominent building in its downtown.

A New Public Artwork at the Gem City Market

Co-op Dayton will commission a new public artwork to be installed at the newly built cooperative grocery store, Gem City Market. Led by artists living and working in the neighborhood, with engagement from the community, the mural’s creation will reflect the cooperative principles of community building, democratic process, and shared ownership.

Dare to Defy Productions will produce the new musical Charlie and Doggy and The Song at the Edge of the World. Described as “an original, sea-faring musical adventure,” the musical was written by local writer/composers Philip Drennen and Skyler McNeely and is set to premiere in January 2022. 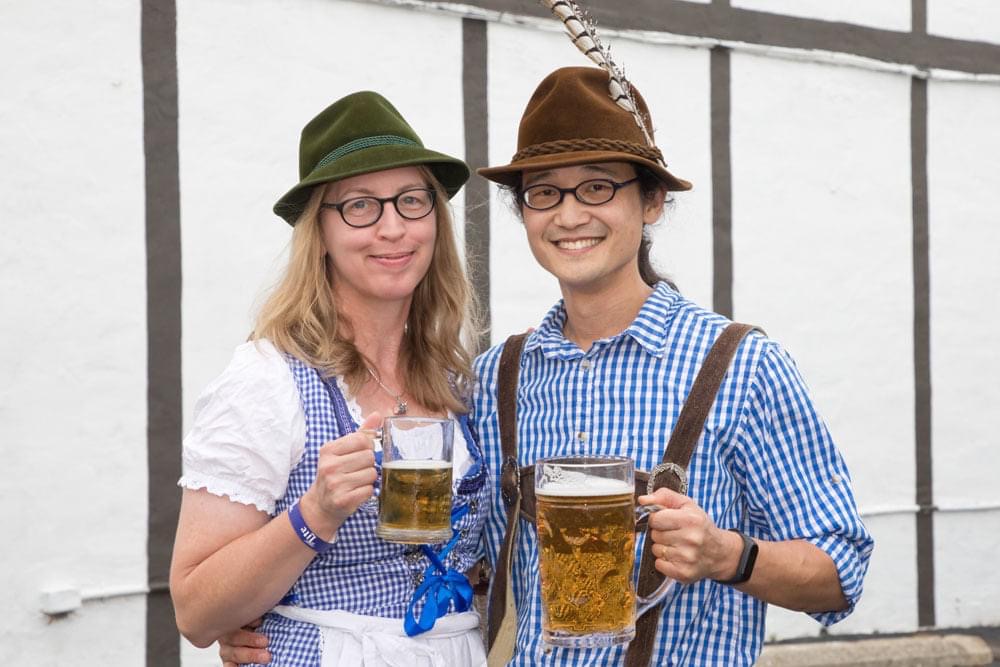 Dayton Liederkranz-Turner presented their annual GermanFest Picnic, a three-day celebration of the Miami Valley’s rich German heritage. In addition to the usual features of German food, bier, and music, this year’s Fest highlighted the annual rituals of Fasching (the German version of Mardi Gras) in its many variations.

The Dayton Metro Chapter of the Barbershop Harmony Society will implement an innovative musical collaboration with a capella singing groups from the Miami Valley School, Wright State University, and other area schools. Choral groups will assemble for a community building Festival Workshop, led by Christopher Diaz, in which participants will explore a variety of musical styles, exchange musical gifts, and share in the camaraderie of singing. The program will culminate in a public performance celebrating the diversity of Dayton’s a capella community. 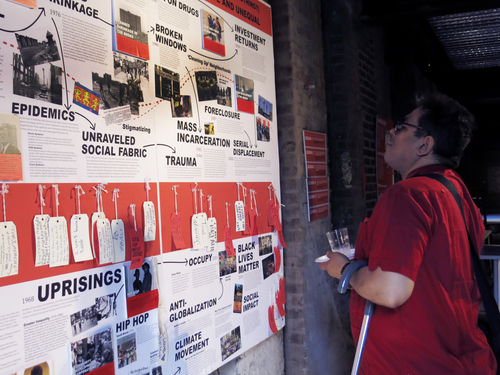 Dayton Metro Library will incorporate video elements into the nationally touring exhibit Undesign the Redline, making its first stop in Dayton at the Main Library. Video elements will illuminate the content in a powerful way for those visiting in person, as well as reach potential attendees unable to attend due to the current pandemic.

This July, Dayton Playhouse presented its 31st annual festival of dramatic new works, FutureFest, in a virtual environment. Begun In 1991, the festival has presented the first productions of over 150 new plays, providing engaging theatre for our audiences and professional, constructive feedback on scripts to the finalist playwrights from a panel of theatre professionals from across the nation. 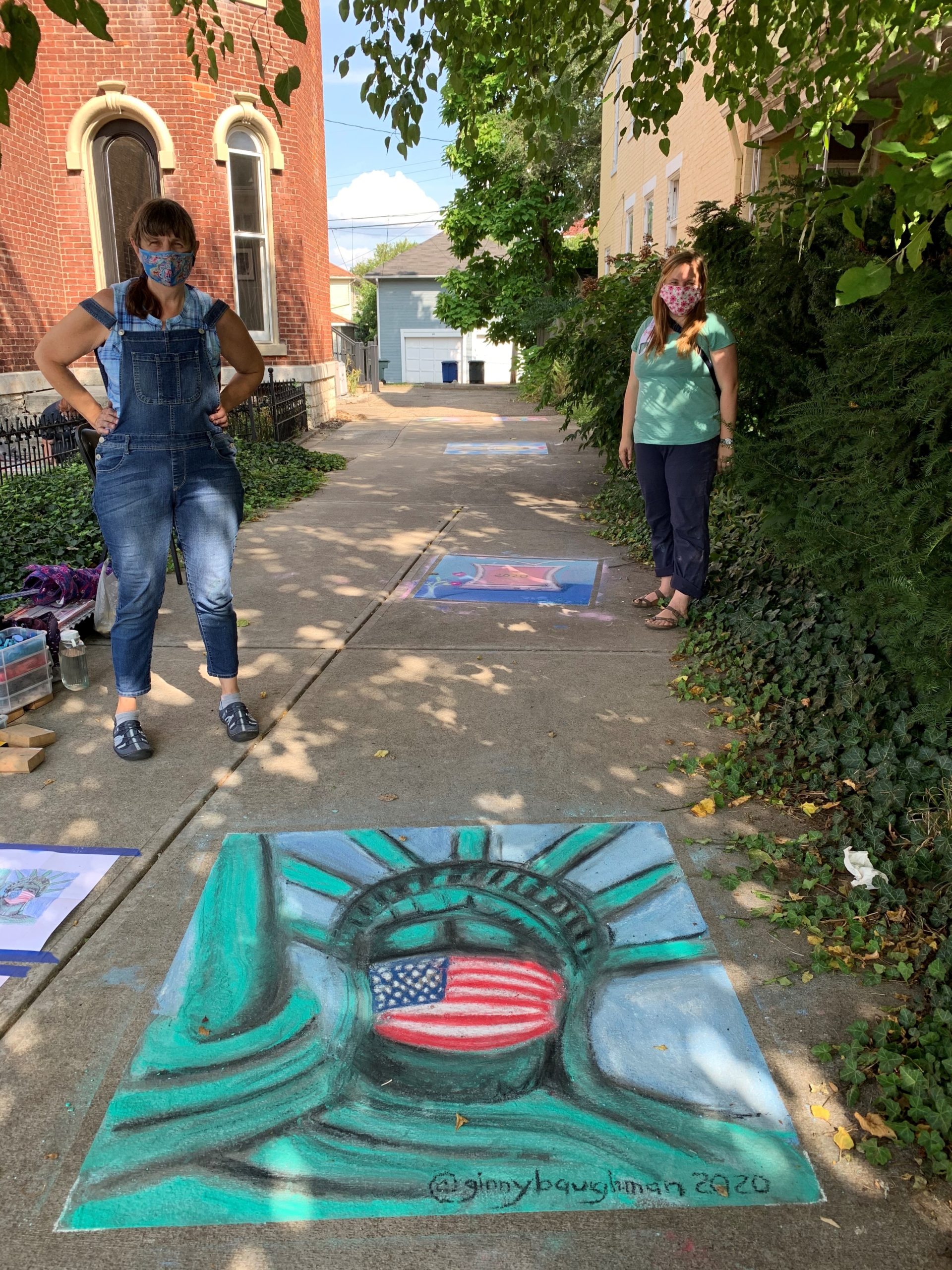 The Dayton Society of Artists (DSA) will present a variety of one-time workshops that focus on professional development needs for the practicing visual artist as well as workshops focused on introducing a medium, technique, or both to established visual artists and the community in general. 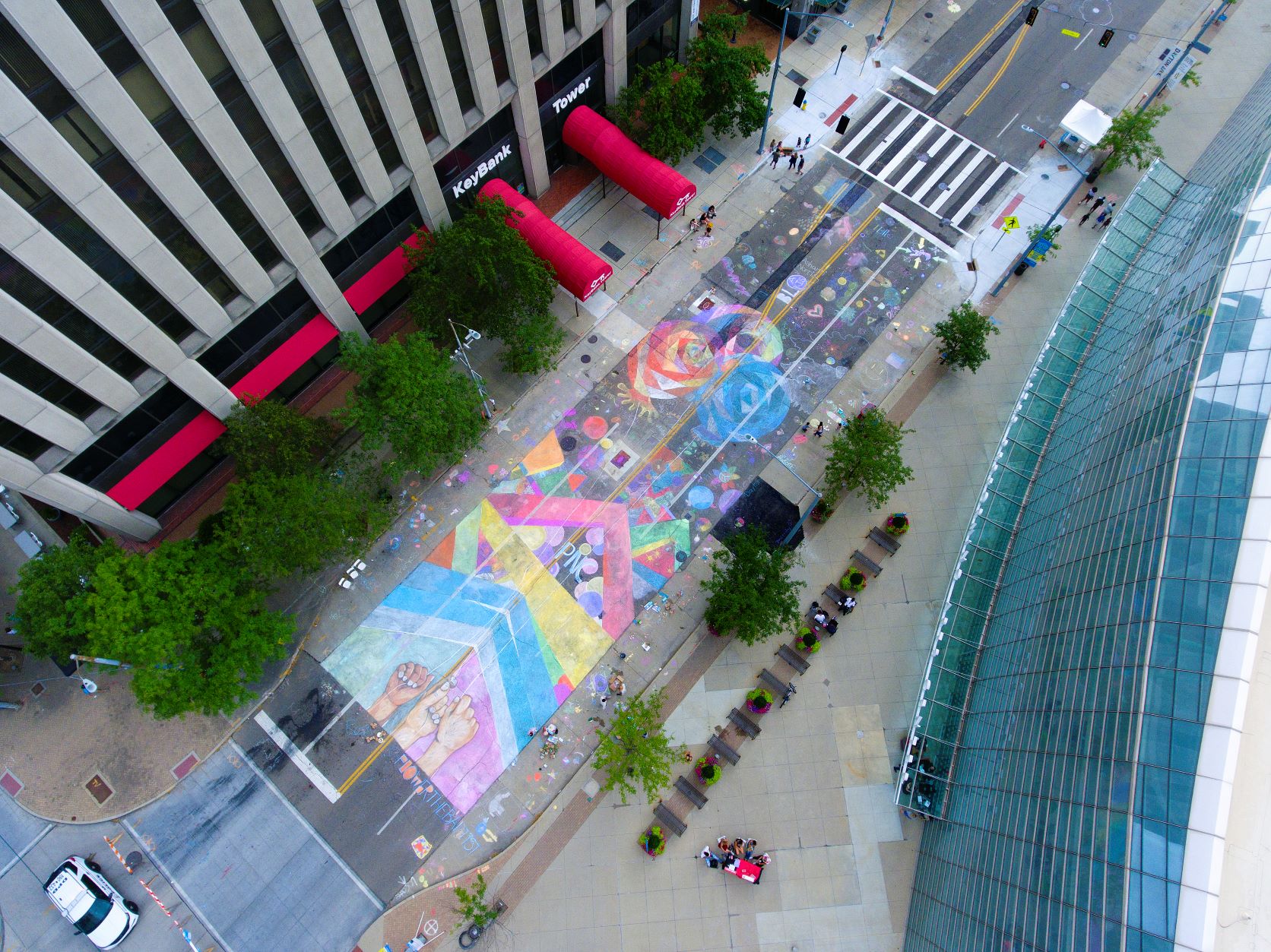 FilmDayton will present a film festival featuring short films created by Dayton Region high school students. Leading up to the festival, students will have the opportunity to participate in a weekend-long filmmaking “bootcamp,” where they can learn more about the craft of filmmaking, the art of collaboration, the importance of time management, and more from local professional filmmakers.

The Front Street Global Artists Initiative will convene artists, independent curators, community organizers, and gallerists from around the country for a National Artist-Run Spaces Symposium. Participants will explore common challenges facing community-based artist organizations, strategies and methods for overcoming them, and ways that artist-run spaces function within their communities to act as intermediaries between the neighborhood and the larger art world.

The Miami Valley Symphony Orchestra will invite local young people to a free concert showcasing young black artists performing works by black composers who have shaped the course of classical music. Acclaimed pianist Awadagin Pratt, known for his musical insight and intensely involving performances, will participate as both soloist and conductor.

Musica, Dayton’s Chamber Choir, will commission three new choral works by Stephen Aldredge, an acclaimed composer and faculty member at Wright State University, whose works have been performed around the world. The original compositions will be premiered as part of “Encore!”—the resumption of Musica’s 30th Anniversary “Season of Celebration,” which was put on pause due to COVID.

The Puerto Rican American and Caribbean Organization (PACO) will present the 20th Hispanic Heritage Festival, which engages thousands of community members with music, dance, culinary art, and participatory experiences by artists from Ohio and beyond. 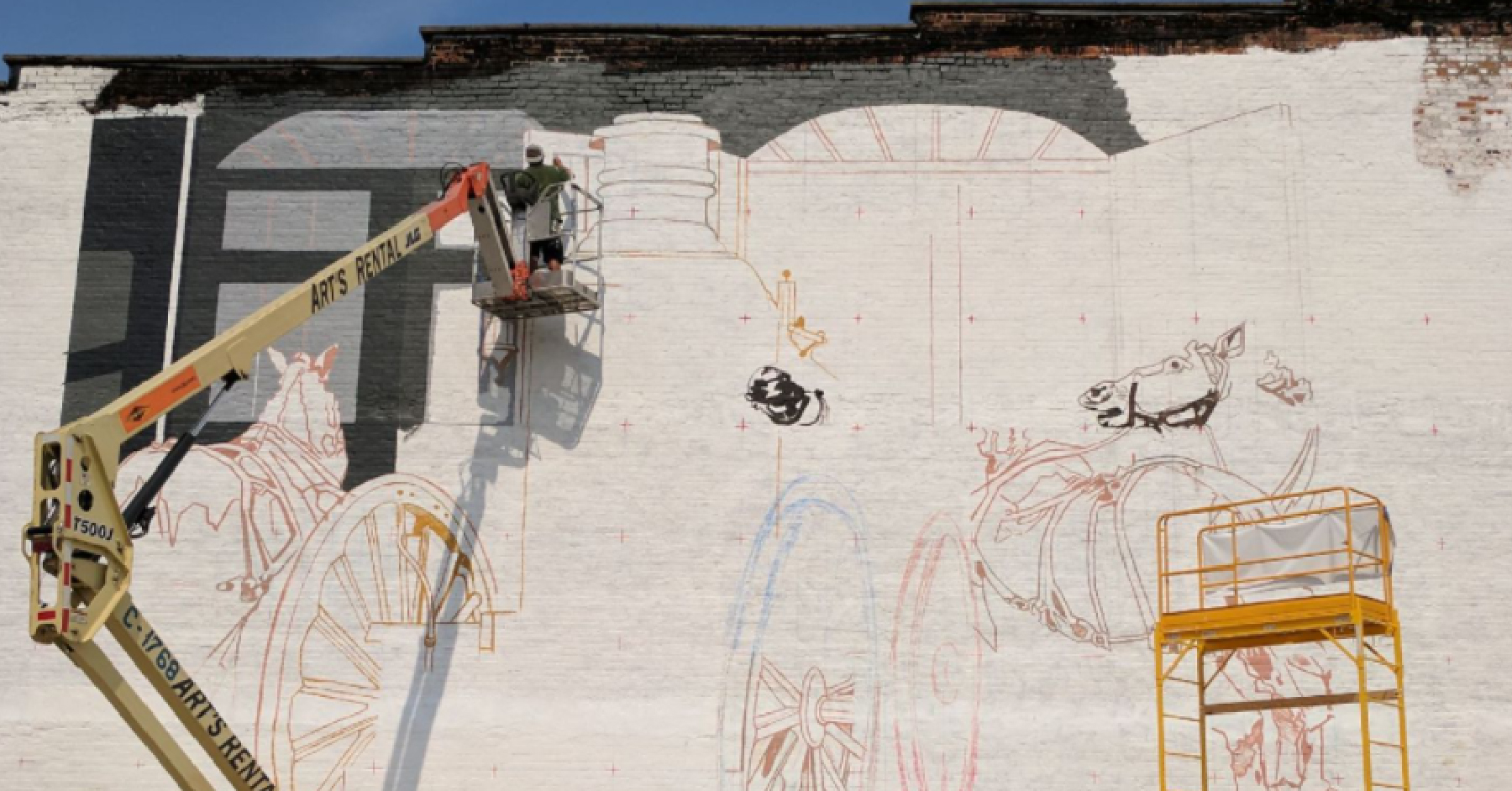 Rosewood Arts Centre, with the City of Kettering, will be the home of Kettering’s first public mural, created in collaboration with the community. Mural artist Nick Scrimenti, in partnership with the Dayton Printmakers Cooperative and the Kettering Public Schools, will be creating the mural with the help of a newly established teen apprentice program. The mural will be located on Rosewood Arts Centre and will coincide with the first major renovation of the former elementary school facility in over 55 years.

Making Community Theatre Accessible to the Community – Through 2021

Vandalia Youth Theatre will work with community partners to present professionally filmed, ASL-interpreted, virtual performances to individuals with limited access to live theatre—particularly those impacted by COVID-19, such as residents of nursing homes and senior living facilities.

Town Hall Theatre (THT) will expand its programming to offer acting, stage production, and costuming classes for adults and seniors. Participants will join THT’s youth students on stage and behind the scenes to produce a multi-generational show for audiences, Dorothy in Wonderland.

Learn more about the Special Projects Grant program and how to apply here.