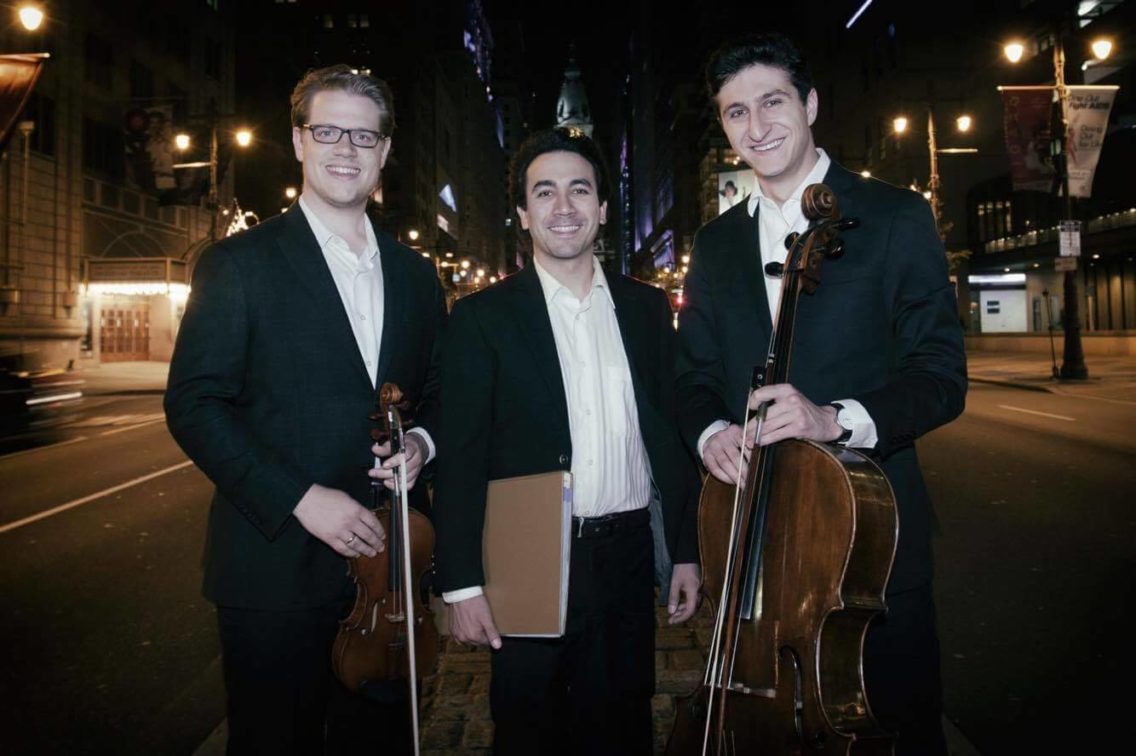 We are delighted to feature the Rodin Trio as part of our 2019 Culture Works Annual Meeting on Tuesday, October 29th! Established in 2017, the Rodin Trio features Cellist Joshua Halpern, an Oakwood native who is making his musical return to Dayton. Joining him are Philip Marten on violin, assistant concertmaster at the Cincinnati Symphony Orchestra, and Scott Cuellar on piano, faculty at Oberlin Conservatory.

These artists will be holding a special concert at the Brightside on Wednesday, October 30th starting at 7:30pm. Tickets are just $10 in advance for adults and $7 in advance for students and can be purchased at www.SoundValleyDayton.com.

Since graduating from Oakwood High School in 2012, Josh has earned degrees from the Shepherd School of Music at Rice University in Houston and from the prestigious Curtis Institute of Music in Philadelphia. Most recently, he completed a chamber music tour of Germany that took him to Berlin, Mecklenburg, and to Beethoven’s former home in Bonn. In June, Josh was guest principal cello with the Rotterdam Philharmonic Orchestra for performances in the Netherlands and WHERE, and on tour to Taiwan and China.

Josh first played cello as a fourth grader at Harman Elementary. During high school, he was principal cello for the Oakwood High School Orchestra and the Dayton Philharmonic Youth Orchestra and was a founding member of the Blackbird String Quartet at OHS. As part of the prep program at University of Cincinnati College-Conservatory of Music, Josh was a founding member of the Polaris Quartet which won the gold medal in the junior division of the Fischoff International Chamber Music competition in 2011.